"When creating the images for Inquisition's 21st party, we tried to envision what a 'Leather 21st' would look like. Nothing says 'fun' 'birthday' or 'party' like balloons. The leather scene can often be tediously serious, so we wanted to lighten up things a bit. The balloons not only feature the colours of the leather flag, but re-create in an original way.

The rest of the world has moved on in their recognition of what leather and fetish means and looks like. Many of the big centres of leather and fetish, like Berlin and London, embrace much broader and fresher rubber, sports gear fetish, uniform, lycra and bondage wear as well as the more traditional leather representations. And that is what we hope we delivered in our images for the party; A fresh, contemporary, relevant and engaging approach that broke with conventional representations of leather while paying homage to the traditional, and creating an inspiring vision who the community is in 2013 and what it looks like. These are not 'Tom's' men. They reflect an identity that is much more uniquely of our Australian fetish culture. They are as much about fun and pride, as they are sexy."

- Travis de Jonk & Ross Brownsdon
CHECK OUT THE IMAGES / POSTERS WE CREATED FOR INQUISITION XXI, BELOW: 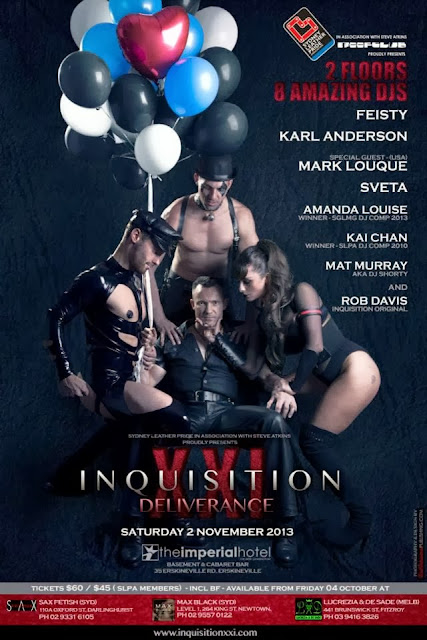 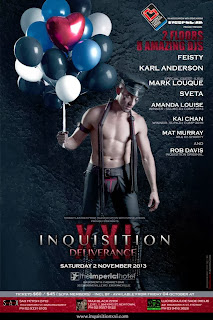 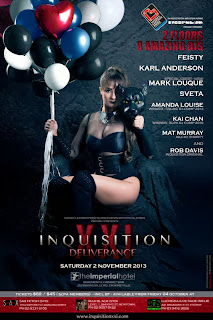 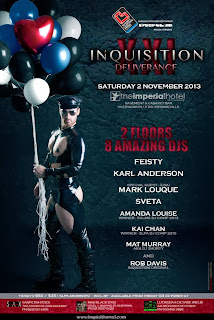 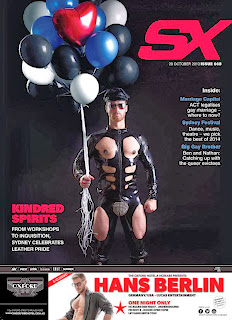 AUSTRALIA'S BIGGEST GAY WEBSITE SAMESAME.COM.AU FEATURED US IN A SPECIAL GALLERY.
CHECK IT OUT BELOW: 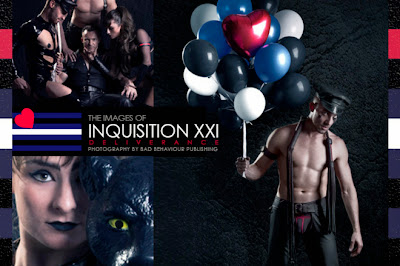 BECOME A MEMBER of this site. It's free.
VOTE FOR US at Best Male Blogs! Click here!


VOTE FOR US at PLU BLOGS! Click here! (just rate and submit - no additional info required)

Posted by Bad Behaviour Boys at 8:29 AM