Whether it’s his beguiling eyes, his strikingly handsome face, the endlessly fascinating tatts that he sports all over his body, or his many acrobatic and performing talents, few people stand out in the crowd like the incredibly handsome and mysterious Ari Levenallel - aka The Amazing Ari. This unique man is a highly respected and accomplished aerial artist who performs and teaches throughout the world. He is also a mega spunk, made even more attractive by his down to earth nature.

I had been wanting to work with this talented and captivating man for many years since I first saw him. I finally got my opportunity to do so following a photoshoot I was commissioned to shoot images for a show he was performing in - the award winning In Persuit Of Glamour by my favourite Sydney performance artist, Dallas Dellaforce.

We shot 3 different concepts in Ari’s solo photoshoots. These are just some of the outtake images we shot together for a shaman photoshoot concept I created for him based on his spirit animal, the Wolf. One of the final Wolf images - the final image in the series below - appears in the 2014 Bad Behaviour Boys Calendar.

Stay tuned for images from the other photoshoots featuring the Amazing Ari, coming soon. 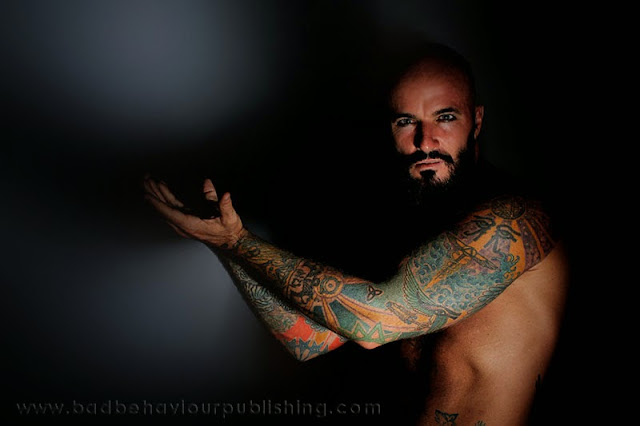 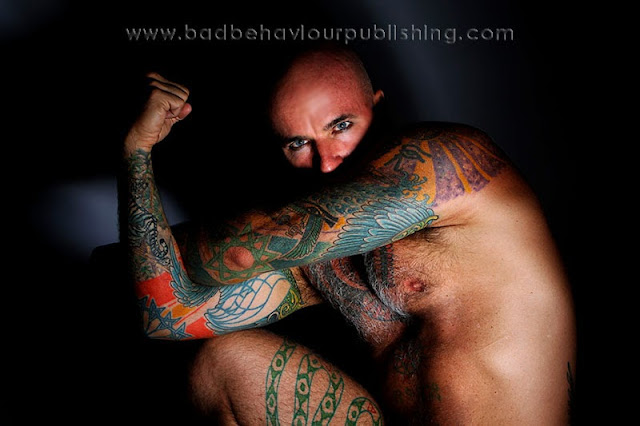 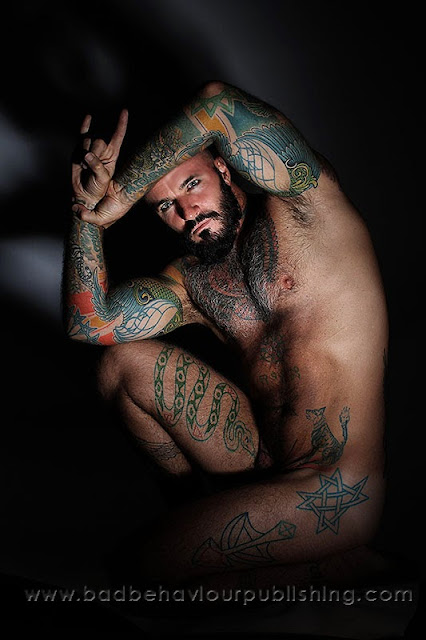 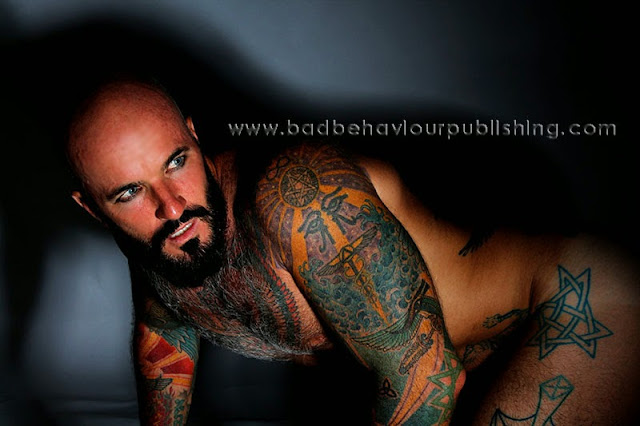 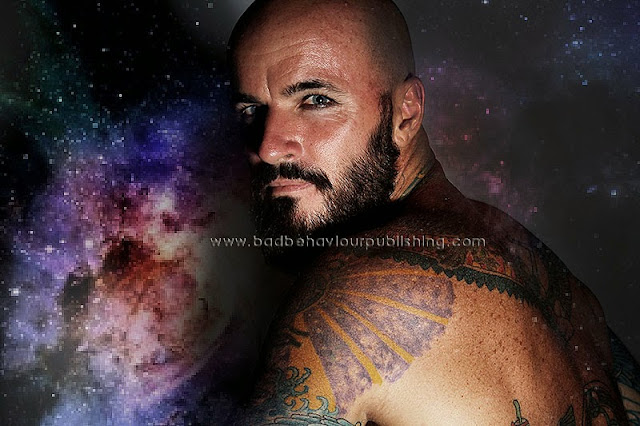 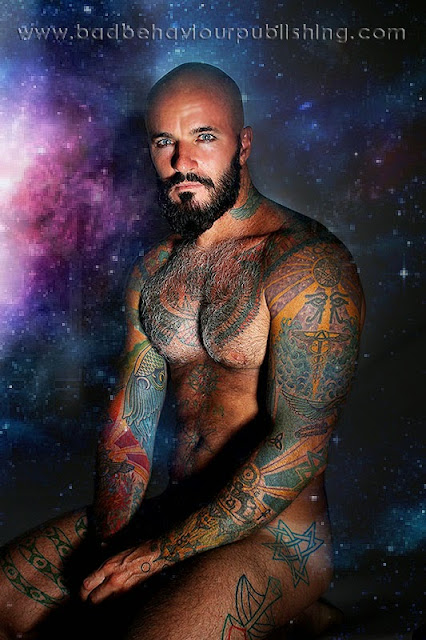 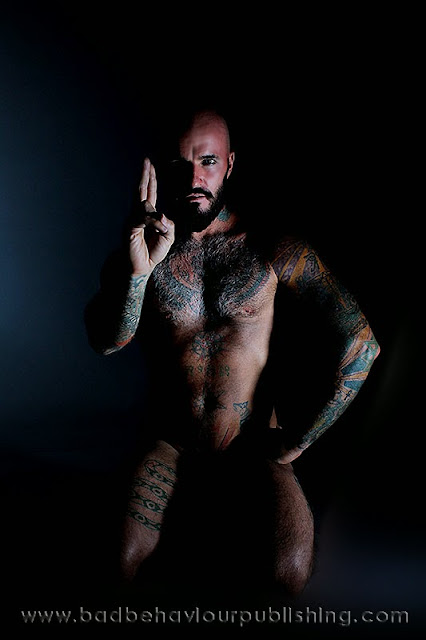 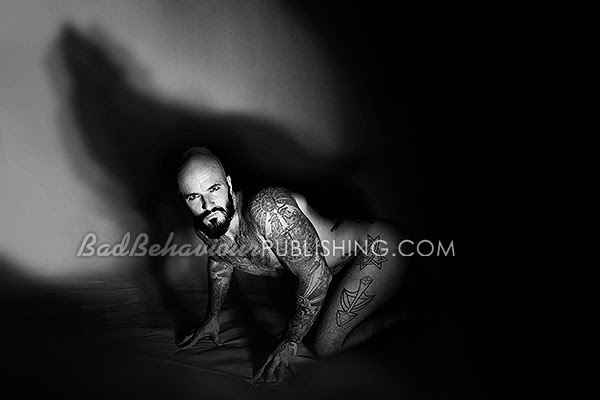 LIKE US on FACEBOOK
BECOME A MEMBER of this site. It's free.
VOTE FOR US at Best Male Blogs! Click here!
VOTE FOR US at PLU BLOGS! Click here! (just rate and submit - no additional info required)
Is there something you'd like to see more of or that you'd really like us to create? Tell us in the comments section below! Or tell us on Facebook here!

Posted by Bad Behaviour Boys at 5:01 AM